Engagement in the network is designed around shared career and business interests, related topics that tie alumni back to campus through conversations and forums around pressing global challenges and opportunities that align with the Institute’s expertise in groundbreaking interdisciplinary research and innovative pedagogy. The RGNYN offers opportunities for engagement around business development, career advancement, graduate recruitment and student placement, and seeks to facilitate strategic partnerships among individuals, companies, foundations, government agencies and the Institute.

To succeed, the RGNYN needs an exemplary group of leaders and influencers to set the pace and light the way toward a more meaningful Rensselaer alumni experience. We are asking you to join the Executive Council to provide guidance and advisory expertise that will further harness the strength or our alumni in New York, New Jersey, and Southern Connecticut, and to pro-vide leadership in support of the Rensselaer Capital Campaign, Transformative: Campaign for Global Change.

As a council member you will have a front row seat to research insights from renowned Rensselaer faculty, access to the highest levels of Institute leadership, and opportunities to foster fruitful connections with other notable alumni in the Greater New York region. Member terms are for three years and there are two types of membership available. All membership dues are contributed to the Rensselaer Annual Fund to support scholarships and are fully tax deductible. 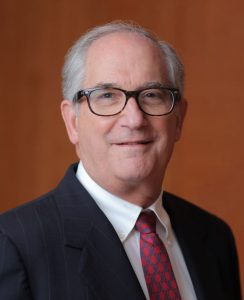 Albert Lowenthal is the Chairman of the Board and CEO of Oppenheimer Holdings Inc. and Oppenheimer & Co. Inc. (Oppenheimer), respectively. Mr. Lowenthal has held these positions since 1985, and has grown the Firm through acquisition and organic growth – taking stockholders’ equity from $5 million to $544 million, as of 09/30/2018. His extensive experience gives him unique insights into Oppenheimer’s challenges, opportunities, and operations.

Mr. Lowenthal began his ﬁnancial services career in 1967 at Cowen & Co. Within three years at Cowen he became the Managing Partner, and he worked there until 1985. After leaving Cowen, Mr. Lowenthal purchased a controlling interest in Edward A Viner & Co., and assumed the role of Chairman and Chief Executive Ofﬁcer of the broker-dealer operating company and of the public holding company, Viner Holdings Inc. In 1987, this growing ﬁrm acquired Laidlaw Adams & Peck, and then Fahnestock & Co. In the following 15 years, Fahnestock acquired a number of regional companies including W.H Newbold’s, BC Christopher, First of Michigan, and Josephthal. In 2003, Mr. Lowenthal led the acquisition of two important businesses from the Canadian Imperial Bank of Commerce (CIBC) that substantially grew the franchise.

Fahnestock acquired CIBC Oppenheimer’s Private Client and Asset Management divisions and changed its name to one of the most recognized names in ﬁnancial services – Oppenheimer & Co. Inc. In 2008,
CIBC World Markets’ U.S. capital markets business was acquired, fully rounding out the business. This transaction included investment banking, an equities business in Israel, and related operations in the United Kingdom and in Asia.

On a personal note, Mr. Lowenthal is a Baltimore native, and earned his B.Sc. in Industrial Management from Rensselaer Polytechnic Institute in Troy, NY. In 1967. He resides with his wife Carol in Scarsdale, NY and they are active in a number of local charities. 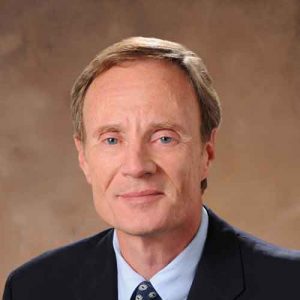 Roy N. Davis served as President of Johnson & Johnson Development Corporation and as Corporate Vice President of Business Development for all of Johnson & Johnson (J&J) from January 2008 until his retirement in January 2012. In these roles, he was responsible for helping J&J to determine its new business creation and acquisition strategy and its venture investment portfolio as a global corporation. Mr. Davis was the leader of the J&J wholly owned ventures group as well as the creator of Red Script Ventures, LLC, J&J’s business accelerator.

From September 2003 through December 2007, Mr. Davis held the concurrent positions of Company Group Chairman, J&J and Worldwide Franchise Chairman, Diagnostics. He was a member of J&J’s Medical Devices & Diagnostics Group Operating Committee, which oversees one of the world’s largest medical device businesses with over $25 billion in revenue and over 40,000 employees.

Prior to being named Company Group Chairman, Mr. Davis founded Veridex, LLC, a new company within J&J that produced award-winning products for cancer diagnostics. Earlier in his career, Mr. Davis served as Managing Director of J&J Northern Europe and in 1990 was named President of J&J Japan.

Following his retirement, Mr. Davis served as a member of the Innovations Advisory Board for the Cleveland Clinic and the Advisory Board for the Wake Forest Institute for Regenerative Medicine. Mr. Davis has been an advisor to Innosight Consulting since March of 2012 and to its parent company, Huron Consulting, since October 2017. He also is an advisor and Board Member for Clinical Genomics. Mr. Davis received a Bachelor of Science from the State University of New York, and a Master of Science from Rensselaer Polytechnic Institute in 1978. 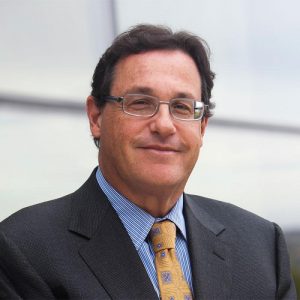 Jonathan S. Dordick is Special Advisor to the President on Strategic Initiatives and Institute Professor of Chemical and Biological Engineering. Professor Dordick received his B.A. degree in Biochemistry and Chemistry from Brandeis University and his Ph.D. in Biochemical Engineering from the Massachusetts Institute of Technology. He has held chemical engineering faculty appointments at the University of Iowa (1987–1998), where he also served Associate Director of the Center for Biocatalysis and Bioprocessing, and Rensselaer (1998–present) where he also holds joint appointments in the departments of Biomedical Engineering, Materials Science and Engineering, and Biology.

He presently serves on the Scientific Advisory Boards for several biotech-nology companies and venture capital firms, and has cofounded a number of companies, including EnzyMed (now part of Albany Molecular Research, Inc.), Solidus Biosciences, and The Paper Battery Company. Dr. Dordick has published over 370 papers and is an inventor/co-inventor on nearly 43 patents and patent applications. Most recently, Dr. Dordick was elected to the National Academy of Engineering (NAE), which is among the highest professional honors bestowed upon an engineer.

William H. Abrams ’58 has had a distinguished career on Wall Street. After graduation from Rensselaer Polytechnic Institute in mechanical engineering, Mr. Abrams earned his MBA in banking and finance from the Wharton School at the University of Pennsylvania.  He then went to Wall Street as a security analyst, and after being called up by the military, and served during the Berlin Crisis. He decided to go to the floor of the New York Stock Exchange, after military service.

In 1965, Mr. Abrams joined the specialist firm of Stern Brothers, where he eventually became the managing partner. The firm merged with Bear Hunter; Mr. Abrams retired in 2002. During his tenure at the New York Stock Exchange, he served on numerous committees and eventually became a member of the board directors.

Mr. Daileader earned an MBA from the Stern School of Business at New York University and a Bachelor of Science in management from Rensselaer Polytechnic Institute.

John A. Delbridge ’91 is chief executive officer and one of the founding team members of Mimeo.com, Inc. Prior to Mimeo, John served as a vice president in Equity Research at Salomon Smith Barney. He also served on the staff of the chief administrative officer at Salomon Brothers.

Mr. Delbridge is the recipient of the 2014 Rensselaer Entrepreneur of the Year award and was a founding board member of Venture for America, a fellowship program that places top college graduates in start-ups based in low-cost U.S. cities for a period of two years.

Mr. Delbridge received his MBA from the Stern School of Business at New York University, and his Bachelor of Science in industrial and management engineering from Rensselaer Polytechnic Institute.

Carl de Stefanis ’76 is president of de Stefanis & Associates Incorporated, established in 1990, and has served president and chief executive officer of Inspection & Valuation International, Incorporated (IVI) since 1987. Mr. de Stefanis also presides as president or managing director over the six companies affiliated with IVI that focus on providing real estate advisory services on behalf of private and institutional mortgagees and equity investors. These companies have six offices based throughout the U.S. as well as affiliates in London and Paris.

Mr. de Stefanis has served as a director of Dekania Corporation since August 2006. Mr. de Stefanis is a member of the Public Affairs Committee of the London-headquartered Royal Institution of Chartered Surveyors, the world’s oldest and largest consortium of real estate professionals with over 120,000 members located in over 100 countries. He received his Master of Science in real estate finance from New York University and his Bachelor of Science in civil engineering from Rensselaer Polytechnic Institute. 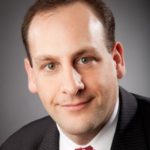 Mr. Eigner has more than 20 years of senior leadership experience with start-ups, growing the business he co-founded, Polaris, from its start to its eventual acquisition in 2017.

Additionally, he served as the Chief Commercial Officer of H1 and the Chief Executive Officer of Anju Software. Mr. Eigner has led companies to significant nine figure liquidity events, and has experience in self-funded, private equity and venture capital structures. He currently serves as an operating partner at Berenson Capital, a mid-market focused private equity group.

Mr. Eigner serves as a Board Member of the Black Bear Youth Hockey Foundation, which removes financial barriers to youth hockey participation. He is also a sponsor of, and on the organizing committee for the Miracle Walk, which benefits the neonatal intensive care unit at St. Barnabas Hospital in Livingston, NJ.

Prior to these positions, he was an Internet entrepreneur, having started NetDox, an early entrant in cryptography-enabled secure document delivery, and InVenGen, a technology incubator and commercialization engine, which he merged with U.S. Interactive. Mr. Mitty also was a management consultant with Deloitte Consulting. He began his career as an engineering consultant.

Walter Nollmann ’77, ’78G is the founder, managing director, and chief financial officer of Alumni Capital Network, a private equity firm based in New York City. Prior to founding his firm, Mr. Nollmann spent 28 years at Accenture where, as a senior partner, he focused on consumer packaged goods and retail clients around the world, working closely with numerous Fortune 500 Companies including Johnson & Johnson, Home Depot, Wal-Mart, Stanley Works, and Phillip Morris International.

Mr. Nollmann received his MBA and his Bachelor of Science in engineering from Rensselaer Polytechnic Institute.

Mr. Richter served as independent director of BATS Global Markets, Inc. from 2008 to 2017.  He has been a member of the board of directors at Cboe Global Markets since 2017, a fintech advisor for Estee Capital since 2013, and a member of the Quantitative Finance and Risk Analytics Advisory Board at the Lally School of Management at Rensselaer Polytechnic Institute since 2013.

Mr. Richter received his Master of Science from the MIT Sloan School of Management and his Bachelor of Science in engineering from Rensselaer Polytechnic Institute.

From 1983 to 1999, Judge Lewis was a partner of Roger & Wells. Prior to Roger & Wells, he was a partner of Carb Luria Glassner Cook & Kufeld, having joined the firm after serving as Assistant Council to Governor Rockefeller until 1970. Before his time serving Governor Rockefeller, Judge Stone was a member of Valicenti, Leighton, Reid & Pine.  He began his legal career as an associate of the law firm Strasser, Spiegelberg, Fried & Frank.

Judge Stone received his Juris Doctor from Harvard Law School, and his Bachelor of Science in chemical engineering from Rensselaer Polytechnic Institute. 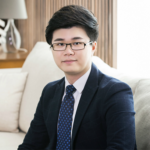 Junbin Sun ’14 is LuluLand World co-founder and The Sandbox Chief Ambassador. The Sandbox is a virtual gaming world where players can build, own, and monetize their gaming experiences. LuluLand was established in 2021, a virtual city located in the center of The Sandbox, a Cultural IP native to The Sandbox Metaverse.

Mr. Sun holds a Master of Science degree in Health Informatics from Weill Cornell Medical College and a Bachelor of Science degree in Computer Science from Rensselaer Polytechnic Institute. Currently, Mr. Sun is working on his Ed.D. in Health Education at Columbia University and is about to complete his Ph.D. in Computer Science from Pace University Seidenberg School of CSIS with a focus on Quantum Computing. Mr. Sun earned his EMBA in Marketing from Cheung Kong Graduate School of Business (CKGSB).