More than 18,000 alumni, alumnae, and parents call the Capital Region their home – here’s your opportunity to connect with them!

Engagement in the network is designed around shared career and business interests, related topics that tie alumni/ae back to campus through conversations and forums around pressing global challenges and opportunities that align with the Institute’s expertise in groundbreaking interdisciplinary research and innovative pedagogy. The RCRN offers opportunities for engagement around business development, career advancement, graduate recruitment and student placement, and seeks to facilitate strategic partnerships among individuals, companies, foundations, government agencies and the Institute.

To succeed, the RCRN needs an exemplary group of leaders and influencers to set the pace and light the way toward a more meaningful Rensselaer alumni/ae experience. The Executive Council provides guidance and advisory expertise that will further harness the strength of our alumni/ae in the Capital Region, and provides leadership in support of the Rensselaer Capital Campaign, Transformative: Campaign for Global Change.

Council members have a front row seat to research insights from renowned Rensselaer faculty, access to the highest levels of Institute leadership, and opportunities to foster fruitful connections with other notable alumni/ae in the Capital Region. Member terms are for three years and there are two types of memberships available. Membership gifts support the Rensselaer Annual Fund and are fully tax deductible. 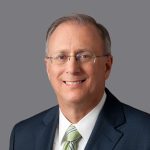 John D. Bennett, MD, FACC, FACP was named president and CEO of CDPHP in July of 2008 after serving more than 10 years as chair, vice chair, and board member of the Capital Region’s leading not-for-profit health plan. During this time, CDPHP has been recognized as one of the top-rated plans in the nation, has been named one of the Best Companies to Work for in New York for 11 consecutive years, and has ranked “Highest in Member Satisfaction among Commercial Health Plans in New York” in the J.D. Power Member Health Plan Study for the second consecutive year.

Prior to joining CDPHP, Dr. Bennett served as founding member and CEO of Prime Care Physicians, PLLC. During his tenure, he co-led a team of 25 cardiologists and helped grow the practice from three employees to a 100-physician multi-specialty group.

Dr. Bennett is board certified by the National Board of Medical Examiners and the American Board of Internal Medicine, with subspecialties in internal medicine and cardiology. He earned his medical degree at SUNY-Downstate Medical Center, Brooklyn, and a Bachelor of Science degree at Rensselaer Polytechnic Institute. Dr. Bennett completed an internship and residency in internal medicine and a fellowship in cardiovascular disease at Albany Medical Center. He is a Fellow of the American College of Cardiology and the American College of Physicians.

An outspoken critic of the rising cost of health care, Dr. Bennett was awarded the 2016 Marketer/Communicator of the Year award by the Capital Region chapters of the American Marketing Association and Public Relations Society of America. That same year, Dr. Bennett was also awarded the 2016 Promoting the Advancement of Technology in Healthcare (PATH) Award from the New York e-Health Collaborative (NYeC). 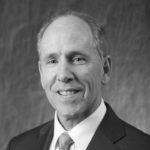 Mark Little was named senior vice president and director of GE Global Research in October 2005, becoming the ninth director in the 105-year history of the organization. As such, Dr. Little is responsible for leading one of the largest and most diversified industrial research and technology organizations in the world. He also serves as chief technology officer at GE.

At Global Research, approximately 2,600 people from virtually every major scientific and engineering discipline focus on the long-range technology needs of the company. The organization has research facilities in the United States, India, China, and Germany, working in collaboration with GE businesses around the world.

Dr. Little joined GE in 1978, starting out in the turbine business of the company. After holding several management positions in engineering, he was named product general manager for generators in 1989. In 1991, he became general manager—business development for GE Energy, responsible for strategic planning and joint venture development. In 1992, he was appointed product general manager for gas turbines and in 1994 was named vice president, power generation engineering. In 1997, Dr. Little became vice president GE power generation, responsible for the turbine, generator, and power plants business. In 2004, the hydro and wind turbine businesses were added to his portfolio. 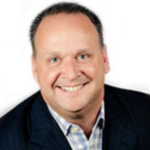 Dan Pickett III is a co-founder and the President and CEO of aptihealth. Dan joined aptihealth from Hudson River Capital Holdings, an aptihealth founding investor, where he was President. Prior to Hudson River Capital Holdings, he was President of Zones, a $2.4B global IT company. Mr. Pickett joined Zones when it acquired nfrastructure, a technology company he founded and served as Chief Executive Officer and Chairman of the Board.

Prior to nfrastructure, Mr. Pickett co-founded CIGNA Software Sciences, an expert system and decision support fintech company that was acquired by Alltel Information Services. He is a trustee of Rensselaer Polytechnic Institute and serves on the boards of aptihealth, The Pickett Family Foundation, Albany Medical Center and Albany Medical College. 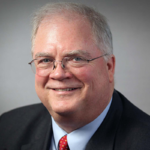 Dr. Curt Breneman joined Rensselaer in 1989.  He served as acting head of the Chemistry & Chemical Biology department from 2010 to 2012, and then department head from 2012 to 2014. Dr. Breneman’s research is in the field of computational chemistry and predictive cheminformatics, with an emphasis on both computational drug discovery methodology and materials informatics methods.

Dr. Breneman has published more than 100 journal articles, 16 book chapters, numerous refereed conference proceedings, and holds a patent on his molecular property descriptor technology (“PEST”) which has been licensed by several major pharmaceutical companies. His “RS-Predictor” drug metabolism method is currently in use across the drug discovery industry, and his “YAMS” materials informatics software has been supported by the ONR and licensed by a major aerospace company. Dr. Breneman’s “CHELPG” atomic charge algorithm was used to parameterize several major molecular force-fields and is an integral part of the Gaussian series of quantum mechanical software which is used by thousands of universities and companies worldwide. His 1990 CHELPG paper has been cited more than 2,600 times, and has graduated 22 Ph.D. students during his academic career at Rensselaer.

Dr. Breneman is a Fellow of the American Chemical Society and served the ACS Division of Computers in Chemistry as both Treasurer/Fundraiser for ten years, and then as chair of the Division in 2010. His materials informatics work led to his being an advisor to the White House OSTP/NIST Materials Genome Initiative (MGI) program. He is also founder and director (2005 – present) of the interdisciplinary School of Science-based Rensselaer Exploratory Center for Cheminformatics Research (RECCR).

Dr. Breneman received his B.S. in Chemistry from UCLA and his Ph.D. from the University of California at Santa Barbara for his work in Physical Organic Chemistry. Immediately prior to joining Rensselaer, Dr. Breneman performed postdoctoral research at Yale University in the field of theoretical and computational chemistry. 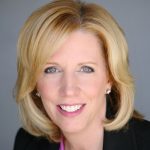 Prior, Ms. Humison was the Chief Human Resources Officer for Rolls-Royce plc headquartered in London. Rolls-Royce plc is the world’s second largest maker of aircraft engines and power systems.  Ms. Humiston oversaw a workforce of 55,000 across 30 countries and led the Company’s transformation.

Prior to joining Applied Materials, Ms. Humiston was Vice President of Human Resources at Honeywell International Inc., a diversified global technology and manufacturing company, for six years with responsibility for various corporate and international organizations.

Ms. Humiston earned a Master of Business Administration from Rensselaer, and studied at Siena College and Oxford University during her undergraduate years. She was awarded the Epsilon Delta Sigma award from Rensselaer for outstanding academic achievement and is a Distinguished Alumnus of Siena College. In 2016, she built a leadership academy with Oxford University for Rolls Royce.