Before he begins a new task, Curtis Basa ’21 likes to have the end in mind.

What is his end goal for his career? “My dream is to start my own robotics company in Silicon Valley. I believe artificial intelligence and robotics are the future.”

Knowing his goal, Curtis researched engineering schools nationwide for the right fit and found Rensselaer. Liking what he saw and read, he applied, and was accepted, while also being awarded a Patroon Scholarship.

When he arrived on campus in the fall of 2017, he was a little uneasy about moving across country from Nevada to attend school in Troy, N.Y. Maybe he hadn’t made the right choice?

His fears were soon put to rest.

“Right out of the gate, there was an emphasis on an end goal for your career. There was a career fair at the beginning of the year, in addition to the end of the year, and the RPI Center for Career & Professional Development staff spoke about taking the extra steps to succeed in your career.”

It hasn’t been all business though. With the support of his Patroon Scholarship, Curtis has taken advantage of student life opportunities such as the Philippine American League, the Photography Club, the Society of Asian Scientists and Engineers (SASE), as well as Rensselaer Talks-TIDBITS, where he hopes to present on his future invention someday. “Stay tuned,” he says with a grin.

Curtis reflects on being across the country from his parents and family: “I miss them, but they are very happy for me. I have very high expectations for myself, but they emphasize balance. They want me to try my best, but also to have a good experience.”

Having scholarships has allowed Curtis to find that balance, and strive to make the most of his opportunities. This is something he thinks about a lot.

“A great education comes at a price. Right now, students are rich on potential, and donors are rich in capital. So I’m thankful that my Patroon Scholar donor Paul Lang found success and decided to make an investment in me, and I plan one day to invest in a scholarship for a future student.” 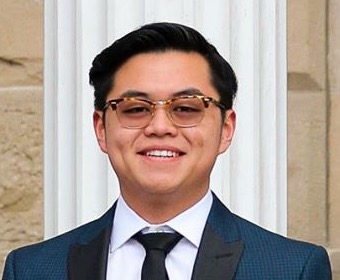