Scholarship is very important to Linda Szabat Sanford ’75G, trustee emerita. After earning a bachelor’s degree in mathematics at St. John’s University, it was a full scholarship to attend Rensselaer that played a major role in her decision to earn a master’s degree in operations research and statistics. Sanford’s recognition of the importance of scholarship led her to create the Linda Szabat Sanford ’75 Scholarship in 2006 for female students enrolled in the School of Engineering, School of Science, or those pursuing a degree in information technology and web science. Since its establishment, there have been six student beneficiaries. Her most recent commitment will provide additional resources for those students, and will extend the support to female students pursuing the new bachelor of science degree in music.

Sanford grew up on her grandparents’ potato farm in Long Island, New York, with her parents and four sisters. Each of the Szabat sisters enjoyed math and science, and today have successful careers in the STEM fields, after having earned master’s and doctorate degrees. “We used a lot of math on the farm,” says Sanford, “whether it was figuring out how many rows to move the irrigation pipes or what discount to give at the end of the day to make sure all the vegetables were sold.”

Although they didn’t have a lot of resources, and never attended college themselves, her parents were determined that each of their daughters attend college. “At that time, it was rare for women to pursue higher education,” she says. “If it wasn’t for scholarship and our parents’ encouragement, we wouldn’t have been able to receive the education we did.”

But the sisters didn’t focus on just math and science. Each of them took singing and piano lessons from a neighbor who had performed at the Metropolitan Opera. They would take what they learned in lessons and put it into practice—performing regularly at the annual Lions Club talent show. “I love how Rensselaer has added music and the arts to their curriculum,” Sanford says. “Focusing on music helped us to get comfortable in front of people at a very young age. This well-roundedness is a critical piece of preparing our graduates for success. We are able to leverage technology with the arts—a perfect demonstration of what transformation is.”

Throughout her 39-year career at IBM, Sanford, senior vice president, enterprise, became deeply familiar with transformation. During the last 10 years of her career, she led the transformation of IBM. “I set up an internal team on< how to transform an organization—one very important element was creating a team of smart, great statisticians with analytic capabilities who mastered the leveraging of data and analytics,” Sanford states. “I was so excited to have the opportunity to create this team that is still very much a critical part of   IBM today.” Sanford already sees intuitive analytical traits in her two granddaughters, 9 and 4. “Interest starts early. Young girls interested in math or science want to solve a problem. As we move forward, we need to figure out how to keep that natural curiosity and instinct growing. The world needs it.” 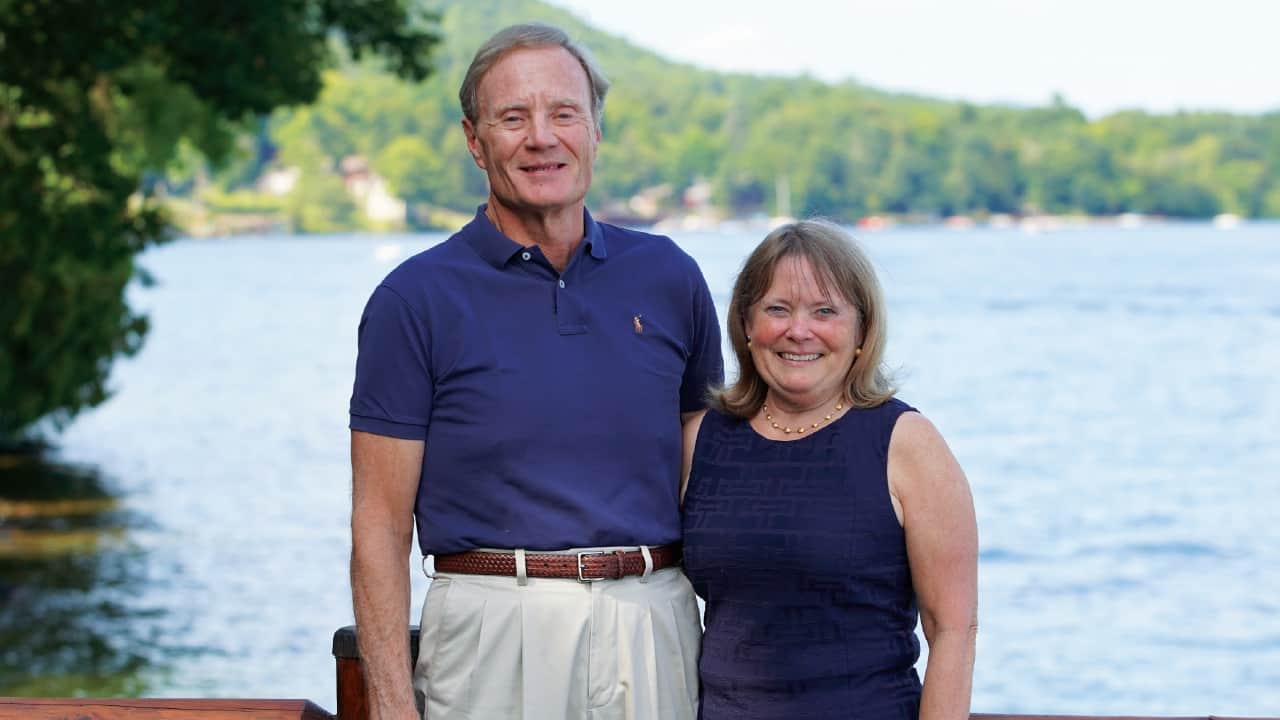 Louise and Roy Davis ’78G support initiatives and organizations important to them. Together, they share their time, talent, and resources…